"The next great brand in sports," The $ports Index ® 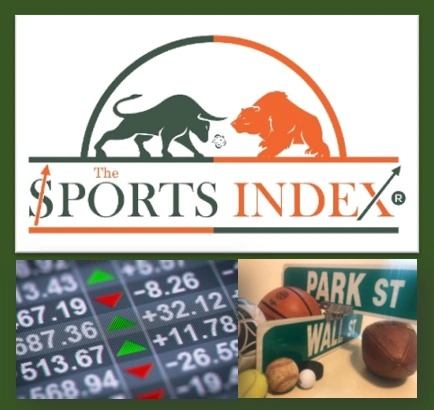 "The next great brand in sports"

First-of-its kind concept merging sports and the stock market. We track the valuation of more than 1000 publicly-traded corporations, most of which derive a majority of revenue directly from the industry of sports, games, recreational and active lifestyle living.

In development is an online digital curriculum teaching fundamentals of financial literacy and the stock market. In the pipeline are fantasy stock market contests, a career networking hub, and more.

This is an editorial service. The Sports Index, Inc. does not engage in the sale of securities.

Founder and president is Terry Poulos, a Chicago native who's a longtime sportswriter and broadcaster and 20-year NFL Replay Assistant who earned a Super Bowl ring for working Super Bowl XLIX in 2015. Terry's sports business commentary has appeared on the editorial page of the Chicago Sun-Times, among other publications. He hosted and produced his own sports talk show on local cable for 17 years, co-hosted a separate show for 17 years, and hosted and produced a sports talk show on the former WCBR radio. Terry has also been a guest on WSCR sports talk radio in Chicago, and has been a sports panelist on Tribune owned CLTV.

Learn how you can get in on the ground floor of this exciting new brand and concept. Take your seat at the boardroom table today!